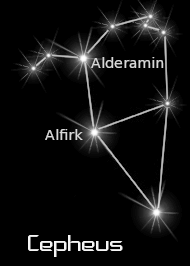 REGULUS was one of the four stars of the ancient Persian monarchy, in 3000 BC, when as watcher of the north it marked the summer solstice. It was seen as one of the Four Guardians of Heaven; one who regulated all things in the heavens; sentinels watching over other stars. This was from the belief that it ruled the affairs of the heavens; a belief current, till three centuries ago, from at least 3000 years before our era. This is one of the four key stars in the heavens, also called archangel stars, assigning;
Tasoheter – Michael (Aldebaran) watcher of the East; Military Commander of the Heavenly Host.
Satevis – Oriel (Antares) Watcher of the West; Hastorang – Gabriel (Fomalhaut) watcher of the South;
Venant – Raphael The Healing Archangel (Regulus) Watcher of the North.

„Four Guardians of Heaven“, sentinels watching over other stars; while about 500 B.C. it was the object of sunrise worship in the temple of Demeter at Eleusis.

Eric Morse says: They have been characterized as Horses, reflected both in the famed Four Horsemen of Apocalypse (Revelations 6) and Chariot Horses in the Book of Zechariah. Regulus was long considered the supreme of the Four Guardians but the role of Fomalhaut – Gabriel, in the birth of Jesus – must now be said to challenge or actually supplant, with a new stage in human spiritual evolution, the supremacy of the more ‘medical’ Archangel of the Leonine era. (Dr Eric Morse, The Living Stars).

As the 2nd Arabic manzil, Aldebaran influenced buildings, fountains, wells and gold mines. Hebrews rendered this star God’s Eye. Another Hebrew name for this star was Aleph, which was also used for the constellation of Taurus.

General influence of the star: It gives honor, intelligence, eloquence, steadfastness, integrity, popularity, courage, ferocity, a tendency to sedition, a responsible position, public honors and gain of power and wealth through others, but its benefits seldom prove lasting and there is also danger of violence and sickness. (Robson).
Catastrophe by weather conditions, floods, shipwrecks. Acknowledged and leading position, but will make enemies through whom danger will threaten. Extraordinary energy. (Ebertin).
With Fortuna or its dispositor; poverty. (Robson).
With a malefic in the 4th, 7th, 11th house and the Moon at the same time with Antares, death by a sudden sword thrust, stab or fall. (Robson).

FOMALHAUT with Achernar and Canopus made up Dante’s Tre Facelle.

Influence of the constellation: Ptolemy gives no separate influence and describes Fomalhaut, but according to Bayer the constellation is of the nature of Saturn. It is said to have an influence similar to Pisces, but in addition to augment the fortunes. (Robson).

General influence of the star: According to Ptolemy, it is of the nature of Venus and Mercury; and, to Alvidas, of Jupiter in square to Saturn from Pisces and Sagittarius. It is said to be very fortunate and powerful and yet to cause malevolence of sublime scope and character, and change from a material to a spiritual form of expression. Cardan stated that together with the stars rising with 12 Libra it gives an immortal name. (Robson).

It has a Mercury-Venus character with a blending of Neptune influence. According to tradition, this star is of quite variable effect, either very good or very bad, depending on the overall cosmic structure. It is assumed, however, that the helpful influence is the greater one and if in conjunction with Mercury, it is said to stimulate mental capabilities and promise success as a writer or scientist. On the Ascendant and in good aspect, tradition has it that this star will make for ‘fame’ and a name ‘remembered forever’. In conjunction with Venus, there will be advantages in artistic pursuits. A conjunction with Jupiter or on the MC will bring favor from dignitaries of the church. Tied up with either Sun or Moon, the influence of Fomalhaut is said to
be quite marked. (Ebertin).

General influence of the star: According to Ptolemy it is of the nature of Mars and Jupiter, but most later authors liken it to mars only, while Alvidas states that it is similar to the Sun in good aspect to Uranus. It gives violence, destructiveness, military honor of short duration, with ultimate failure, imprisonment, violent death, success, high and lofty ideals and strength, of spirit, and makes its natives magnanimous, grandly liberal, generous, ambitious, fond of power, desirous of command, high-spirited and independent. (Robson).

Its effect is in the best sense that of Jupiter and Mars. On the Ascendant, it will give a courageous and frank character, especially if in conjunction with the Sun, Moon, Jupiter or Mercury. Positioned on the MC, Regulus will raise the native to high positions in life, positions far exceeding the environment the native was born into. On the MC it is not only a good omen for a military career, but also for careers connected with the public, such as lawyers, civil servants, bankers and the clergy, especially if Regulus is also in conjunction with the Sun or Moon or with a benefic stellar body. According to tradition, Regulus conjunct MC will bring with it connections with rulers, honorable people or famous people. If the cosmogram as a whole points to this possibility, Jupiter conjunct Regulus is one of the best configurations for success.

If culminating: Honor, preferment, good for tune, high office under Government, military success. If with Sun, Moon or Jupiter, great honor and ample fortune. (Robson).
If with a malefic and the Moon with Antares (9 Sagittarius), Praesepe or the Pleiades, blindness or injuries to the eyes.
(Robson).

Influence of the constellation: The Scorpion is associated with the Hebrew letter Oin and the 16th Tarot Trump „The Lightning-Struck Tower“. (Robson).
General influence of the star: It causes malevolence, destructiveness, liberality, broad-mindedness, evil presages and danger of fatality and makes its natives rash, ravenous, headstrong and destructive to themselves by their own obstinacy. (Robson).
A Mars nature, in which the powers of Mercury and Jupiter and Saturn are also added. Antares makes people tough, belligerent and pugnacious. This is an important star for military personnel and is said to convey mental alertness, strategic ability and courage and to make dare-devils, especially if tied up with the MC, Ascendant, Sun or Jupiter. If associated with Mars, courage is said to become foolhardiness, leading to increased dangers. Natives with this particular configuration have to be prepared at all times for sudden incidents, unforeseen events and potential accidents. According to tradition, Antares is of violent character and is credited with being significant for a violent death, either in battle or by process of law. On the other hand, danger may come about by fire, weapons or machinery. Antares is also said to be unfortunate for the eyes, if in conjunction with the Ascendant, Moon or Sun and this has proven to be the case by later researchers. (Ebertin).
If culminating: Honor, preferment and good fortune. (Robson).
With Fortuna or its dispositor, poverty. (Robson).

Crux denotes a strong spiritual influence. It indicates willingness to accept sacrifice and gives fortitude in sorrow. The Cross gives choices that bring hopes and fears; making decisions about which road to take in life, learning to discriminate. There is often a lasting emotional or psychological wound, or wounds from accidents etc. There can be dormant skills or powers which in order to tap into them may require giving something up, or letting something go; as the Centaur (Centaurus) did in giving up his immortality to Prometheus, or forgiving as Christ did on the cross.

Etymology: This is also a pre-Christian, Q-R-GH (guttural) word. I suggest more a sense of cross-purposes and energies in conflict. (Isaac Mozeson).

Influence of constellation: „Crux is said to give perseverance, but many burdens, trials and responsibilities, together with much suffering and many hardships. In connection with rulerships of countries it may be noted that Brazil was named the Land of the Holy Cross by the discoverer Cabral on May 1st 1500, and that the constellation Crux has been represented on the postage stamps of that country“. (Robson). 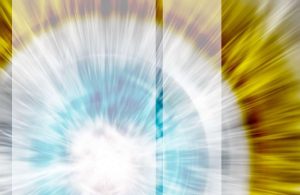